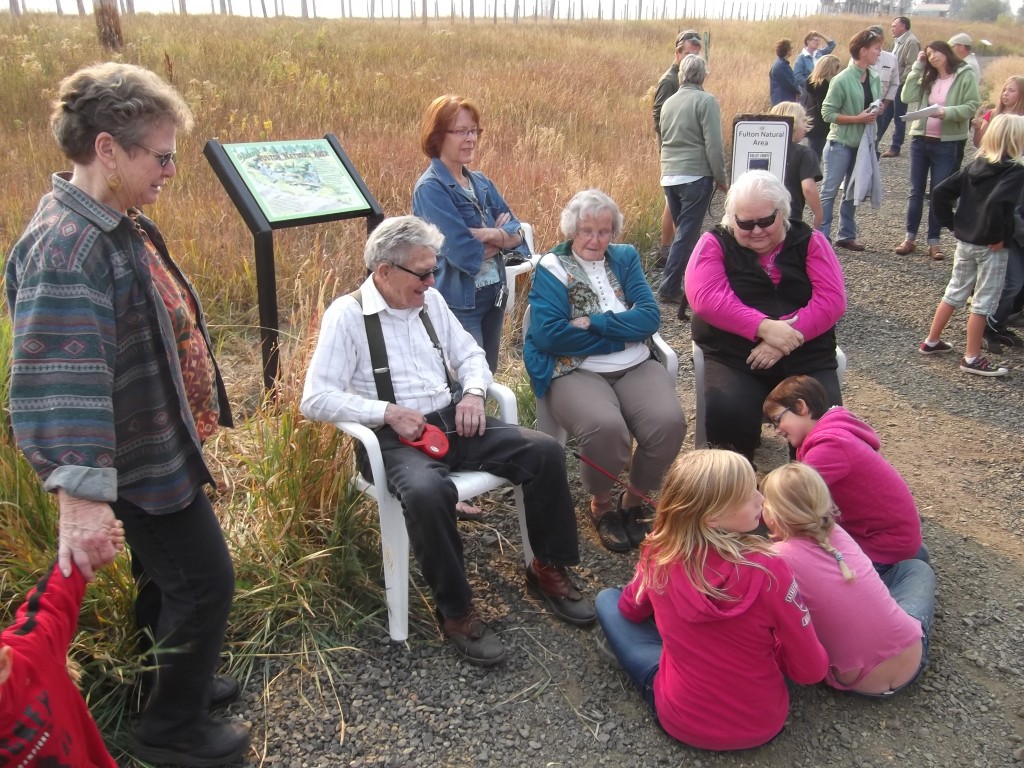 Dedication of the Boulder Creek Trail in the Fulton Natural Area … definitely one of our highlights over the last 10 years!

“I’d really like to thank the Pathways group for putting this plan together,” said Ed Allen, a McCall-based member of Valley County P&Z. “It’s not every day that we have a group that brings us a plan like this. It’s really quite comprehensive. It will be an important tool that can be used for the future planning and development of pathways in our valley.”

The Star News in McCall covered the story, printed on the front page of the March 16 issue.

If adopted by the Valley County Commission, the newly updated 37-page Master Plan would be incorporated into the Valley County Comprehensive Plan, a document that guides the future planning and development of the county. The previous Master Plan was adopted by Valley County government in 2005. The plan also is strengthened by the latest pathway plans developed by the Cities of McCall, Donnelly and Cascade, and it also embraces the North Fork Payette River online Water Trails recreation guide. A new 2-inch binder contains all of the plans in living color, including all the maps.

“I think the plan is going to be an excellent document for the county and the cities to use moving forward,” said Steve Stuebner, vice president of the VCP board of directors, who presented the new Master Plan to the P&Z Commission.

The plan’s vision has stood the test of time, Stuebner said. The Vision Statement of VCP is as follows: 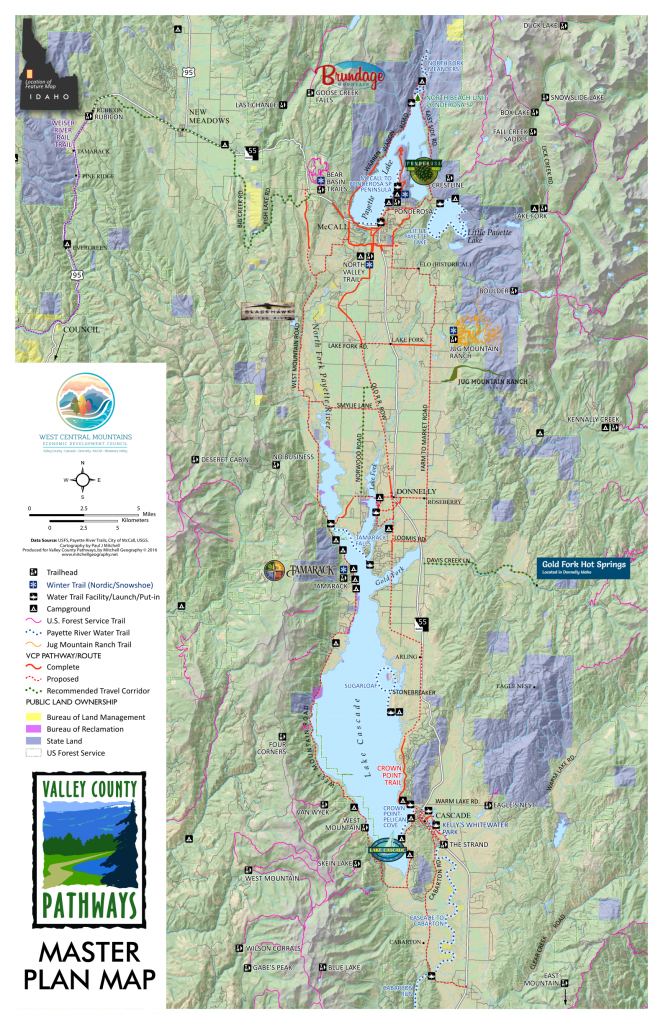 Vision Statement
A north-south pathway system in Long Valley would seek to connect the communities of McCall, Donnelly, Lake Fork and Cascade, complete a pathway around Payette Lake, and establish a pathway corridor around Lake Cascade. To the maximum extent possible, the Valley County Pathway System would connect valley trails to community and neighborhood pathway networks, tourism amenities and services, parks, schools, natural areas, and national forest roads and trails.

In our update, the vision now includes linking to Adams County, New Meadows and the Weiser River Trail.

Stuebner pointed out a long list of accomplishments that have occurred since 2005 by VCP and partner organizations, including: 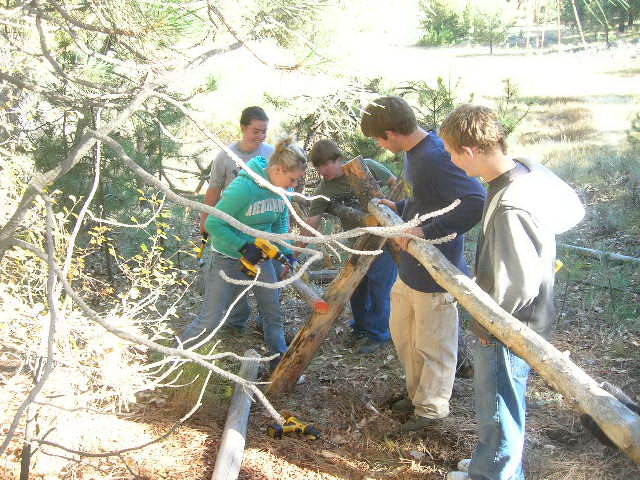 Milestones accomplished by our partner organizations:

We will post the executive summary of our new Master Plan and full text of the plan on this web site.

I’d like to hit on a few more high points in our plan.

We love the new Master Plan map, shown above, created by Paul Mitchell of Mitchell Geography. It’s great to see how all of the pathways or pathway corridors link up to Forest Service trailheads, state parks, Jug Mountain Ranch, Tamarack Resort, Bear Basin and other points in the valley. The map also delineates the Water Trails. The map was built on a GIS platform. It will be shared with Valley County government so they can fit it into their overall data base and maps.

We want to thank everyone for their support in developing the new Master Plan. We received letters of support from the McCall Parks & Recreation Dept., Donnelly Pathways Member Brett Shepherd, Andrew Mentzer, executive director of the Valley County Economic Development Council, Cascade Lakes Realty and the America’s Best Communities organization in Valley and Adams county.

Please stay in touch and help us get over the final hurdle with the Valley County Commission in early May!

Contact Steve if you have any questions about the plan … Thanks!